Bethenny Frankel took the stand in her ongoing custody battle with her ex-husband Jason Hoppy on Wednesday (March 06, 2019) as she seeks full custody of her 8-year-old daughter, Bryn.

At one point during the hearing Frankel asked the judge, “Can you direct Jason to stop glaring at me please?”

She testified about enduring her “increasingly abusive and hostile” ex-husband, Jason Hoppy, who allegedly once threatened, “I’m going to ruin your life.”

Frankel began sobbing and hyperventilating as she recalled the “outward mayhem” in the Hudson Street apartment she still shared with Hoppy after she filed for divorce.

RELATED: The Season 11 Real Housewives of New York City Trailer Is Here and it Is Bonkers — WATCH

Frankel claimed that Hoppy would vengefully keep rotting food in the fridge, let dishes pile up in the sink, would not flush the toilets, would sing, whistle and slam the doors all the time.

No matter how much she “begged, pleaded, asked Jason to please leave. He refused.”

After that living situation ended, things only got worse, however.

Frankel explained that he would call Bryn twice a day, as specified in their initial custody agreement, and use that opportunity to turn the child against her mother.

In court, Frankel played no less than nine such calls in which Jason would tell the daughter things like: “I don’t know why mommy won’t let me talk with you. You’ll be with daddy soon.”

When Bryn was with her dad, Frankel would barely be able to see or even hear from her.

Furthermore, Hoppy’s verbal abuse continued: “If I would be giving [Bryn] a big hug, he’d say I was desperate and pathetic. He’d say I looked ugly and old. He’d laugh and whistle.” 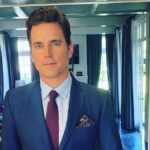