Luann de Lesseps ﻿felt the cold steel of handcuffs Thursday, but she’s NOT going back to jail for violating her probation by downing a couple of mimosas.

The Real Housewives of New York City star went before a Florida judge and during the hearing they put her in cuffs … but the State’s Attorney for Palm Beach County State tells TMZ … she was not taken to jail … contrary to several reports.

Luann recently told her probation officer she had “2 glasses of mimosas after a performance” in Chicago. That’s a major no-no because she’s supposed to stay away from booze for a whole year under the plea deal she struck in her drunken arrest case.

Last Friday, BuzzFeed released a huge exposé detailing a bunch of gross stuff about self-help douchebag Tony Robbins. We all remember how Tony suggested that the #MeToo movement was a way for women to play the victims and not “take responsibility.” That was not the half of it. — Dlisted

Kendall Jenner thinks it was a lot harder to become a model because of her name. — Celebitchy

According to GLAAD, movie’s were a little gayer this year. — Boy Culture

Justin Bieber is back to running around pools wet and showing off his backside. — omg blog

The day’s endnotes help you catch up on all the entertainment and celebrity news that you may have missed. 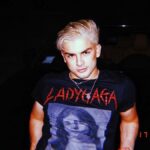